Home Dream Insights Do Spiders Dream? A Research States They Do 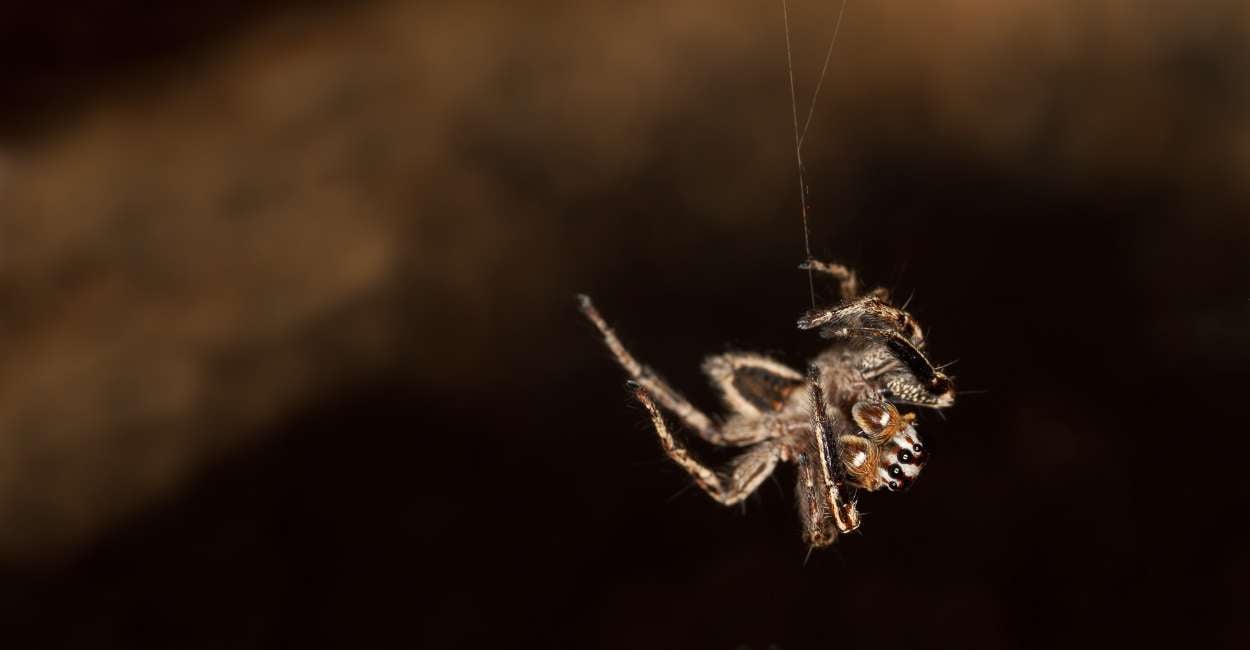 Spiders do not hold an excellent reputation in the human world because many have arachnophobia – fear of spiders. However, there are some who enjoy their company and love keeping them as pets.

If you are one of those who don’t like them but are not afraid, then the next time you see a spider in the house, don’t shoo them away outright because there is a possibility that they might be dreaming. Yes, this breakthrough discovery has been made by behavioral ecologist Dr. Daniela Rößler.

She undertook this accidental finding while observing jumping spiders hanging in her laboratory in 2020. The research conducted by Dr. Rößler and her research team has now been published in the Proceedings of the National Academy of Sciences (PNAS).

Dr. Rößler is a researcher at the University of Konstanz in Germany and has initially set out to study predator-prey interactions in spiders. During this experiment, she used baby spiders and filmed them during the night using an infrared camera.

While doing so, she found the bunch of jumping spiders hanging upside-down from a single strand of silk with their neatly curled legs. During the sleeping phase, the spiders showed stages where their limbs moved, but there were some stages of inactivity too.

Moreover, the team realized that the spiders exhibited something like rapid eye movements (REM) – a behavior commonly experienced in humans and larger animals alike when sleeping.

Besides, there are high chances of dreams occurring in the REM phase. During REM, various activities in the body escalate – for example, the heart. And all this happens when the eyes remain closed and move rapidly.

Table of contents hide
How The Process Started?

How The Process Started?

Performing brain scans is undoubtedly not a cakewalk for spiders as it is easy for other large animals. Furthermore, you cannot ask them what they dreamt about. So, the way was to observe them, and that’s precisely what Dr. Rößler did in her lab.

She used a magnifying glass and a night vision camera to learn about their sleep habits. During the experiment, she emphasized on the spiders’ eye and body movements because they were the medium that provided clues about their sleeping patterns.

Gradually, she found that the periods of rapid retinal movement increased in duration and frequency throughout the night. They lasted about 77 seconds and occurred approximately every 20 minutes.

In addition, Dr. Rößler noted uncoordinated body movements during these REM-like stages where the abdomens wiggled and legs curled or uncurled.

Well, speaking to National Geographic, Dr. Rößler emphasizes that she has yet to prove that this period of inactivity in spiders is technically considered sleep. And for that, several investigations have to be done—including indicating the spiders are less arousable, slower to respond to stimuli, and need “rebound sleep” if they’re deprived.

So, this shows that Dr. Rößler is going to continue her exploration journey. And indeed, this is the first breakthrough where scientists observed REM sleep in animals, especially those without a spine or backbone.

Hoping the team gets a pathbreaking result while exploring more about the dreaming process in the animal kingdom!